The broiler industry is increasingly focusing on the benefits of rearing slower-growing strains of broiler chickens to mitigate the issues prevalent among fast-growing broiler flocks. However, slow-growing broilers are generally considered to be more susceptible to Gumboro disease and modified live vaccines (MLVs) than conventional broilers. Thus, new IBD vaccines are needed to offer the greater efficacy and safety that these broiler breeds need. The objective of this study was to evaluate the performance of a next generation immune complex IBD vaccine (GUMBOHATCH®) in slow-growing chickens under field conditions.

GUMBOHATCH® is a new immune complex vaccine (ICX) against Gumboro disease (IBDV) that guarantees that all vaccine virus particles are entirely coated with IgY of egg origin. This key distinguishing feature compared with the standard-formulated ICX vaccines makes GUMBOHATCH® a next generation vaccine that ensures the maintenance of maximum potency of the vaccine even in the presence of high levels of maternal antibodies, whilst avoiding the risk of immunosuppression associated with MLVs when used in slow-growing breeds.

To evaluate the performance of GUMBOHATCH® in a slow-growing broiler breed, two flocks of day-old Hubbard Redbro chickens were vaccinated subcutaneously with either a commercially available recombinant HVT-IBD vaccine (Group A, n=8,670) or GUMBOHATCH® plus HVT vaccine (HIPRA; Group B, n=7,900). Both groups were also vaccinated against MD CVI and IB (Ma5 + 4/91) on the same day. The animals were allocated to two separate houses and managed under similar conditions.

Mortality, antibody response against IBDV and growth performance were monitored up to 70 days; additionally, the bursa of Fabricius was inspected weekly between 21 and 49 days. The antibody immunity against IB and replication of MDv were also evaluated to determine any interference with vaccination against IBDV. ELISA titres were Log2 transformed for the statistical analysis. The significance level was set to 5% for statistical comparison of the groups.

As expected, the vaccines tested produced an antibody response against IBDV despite the presence of maternally-derived antibodies, confirming their correct application and mechanism of action. GUMBOHATCH® showed the highest IBDV antibody response with both ELISA kits during most of the study, even at 80 days of age (Figure 1).

The two flocks did not show any differences in terms of growth performance or mortality (Figure 2).

Atrophy of the bursa of Fabricius was observed in the GUMBOHATCH® group, although this finding is to be expected in broilers vaccinated with a live attenuated vaccine against Gumboro disease. The antibody response against IB was higher in the flock vaccinated with GUMBOHATCH® than in the HVT-IBD flock (Figure 3).

The results of this study confirm that a next generation ICX vaccine like GUMBOHATCH® does not compromise the health or productive performance of slow-growing broilers and thus that it is suitable for application in chickens regardless of the growing profile.

This website uses cookies to improve your experience while you navigate through the website. Out of these, the cookies that are categorized as necessary are stored on your browser as they are essential for the working of basic functionalities of the website. We also use third-party cookies that help us analyze and understand how you use this website. These cookies will be stored in your browser only with your consent. You also have the option to opt-out of these cookies. But opting out of some of these cookies may affect your browsing experience.
Necessary Always Enabled
Necessary cookies are absolutely essential for the website to function properly. This category only includes cookies that ensures basic functionalities and security features of the website. These cookies do not store any personal information.

Non-necessary
Any cookies that may not be particularly necessary for the website to function and is used specifically to collect user personal data via analytics, ads, other embedded contents are termed as non-necessary cookies. It is mandatory to procure user consent prior to running these cookies on your website.
SAVE & ACCEPT

In ovo Vaccination
for Gumboro

WATCH IT AGAIN
VOLVER A VERLO 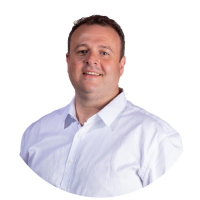