Evolution of IBDV. What to expect in the coming years? Dr. Daral Jackwood’s approach

Infectious bursal disease (IBD) has been recognised as a significant problem in chickens since the 1960’s. Despite the use of vaccines to control IBDV, it continues to cause economic losses in the poultry industry. Antigenic drift in IBDV is thought to be responsible for the formation of antigenic variant strains of the virus that are successful in escaping the protection offered by vaccination programmes.

During the World Poultry Virtual Congress by HIPRA, Dr. Daral J. Jackwood exposed the antigenic drift of the IBDV and the evolution we should expect of the different strains of Gumboro disease in the coming years (see below the recorded webinar). 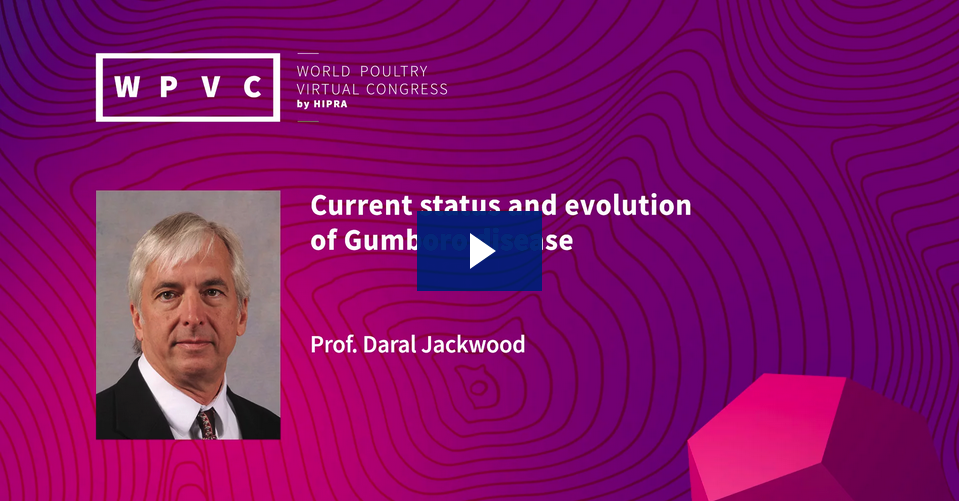 Infectious bursal disease is currently one of the most important contagious immunosuppressive diseases of poultry worldwide.

The irreversible immune suppression caused by IBDV in young chickens increases their susceptibility to a multitude of opportunistic avian pathogens that are normally non-pathogenic in healthy flocks. This results in a major economic impact on the broiler and layer chicken industries.

A study in Saskatchewan (Canada) estimates that the broiler industry there loses about 3.9 million kg of meat per year, a market value of over $14 million, from IBD infections (Zachar et al., 2016).

This figure could also increase as consumer demand for antibiotic-free chicken increases because many of the opportunistic bacterial infections that have occurred in immune suppressed chicken flocks were controlled by antibiotics.

IBDV control has only been possible through the use of efficacious vaccines, but vaccination efforts are complicated by the fact that frequent viral genetic mutations, reassortment of genome segments and recombination can potentially increase virulence and alter antigenicity, rendering vaccines and vaccine protocols less effective.

Moreover, eradication of the virus on infected farms is not practical, since the virus is highly contagious and very resistant to chemical and heat inactivation.

The antigenic drift is defined as a kind of genetic variation in viruses, arising from the accumulation of mutations in the virus genes that code for virus-surface proteins that host antibodies recognise.

This results in a new strain of virus particles that is not effectively inhibited by the antibodies that prevented infection by previous strains. This makes it easier for the changed virus to spread throughout a partially immune population. 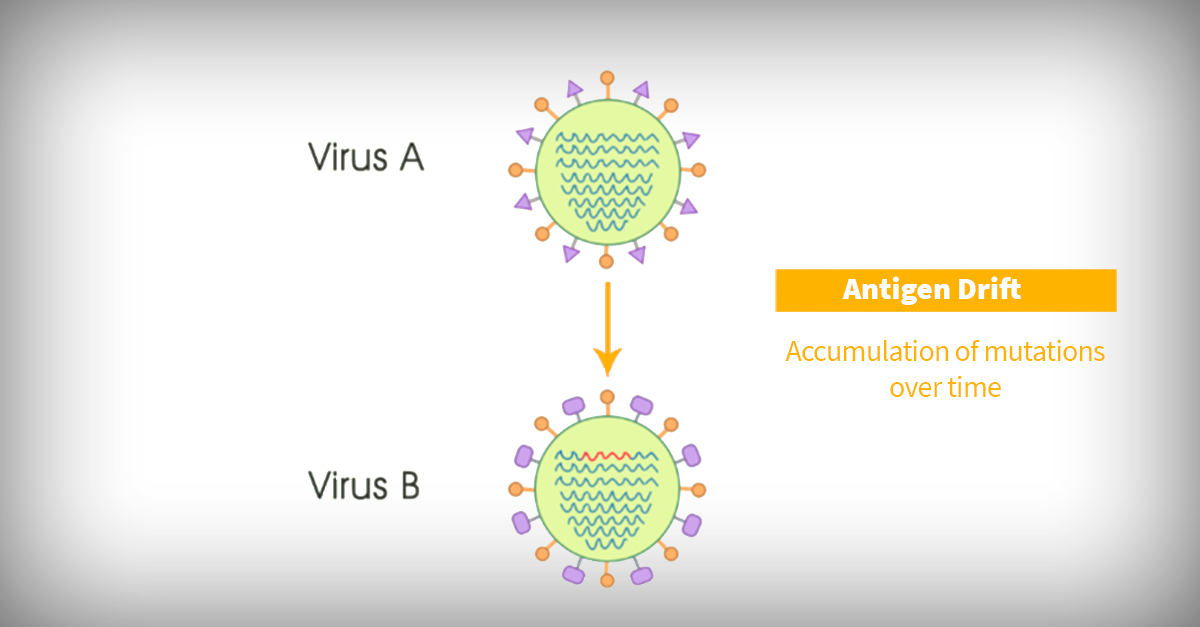 Antigenic drift in the IBDV Birnavirus has been attributed to substitution mutations in the hypervariable sequence region of the capsid protein VP2 (hvVP2; Figure 1) and it is thought to be the major event contributing to the alteration of the virus antigenicity.

Many molecular epidemiological studies have focused their research on the amino acids (in the hvVP2) that contribute most to the antigenic drift in the IBDV, which will affect the binding of neutralising antibodies produced by different IBDV strain vaccines (Jackwood and Somme-Wagner, 2011).

Differences in the antigenic drift between variant and vvIBDV field strains have also been observed (Michel and Jackwood, 2017). 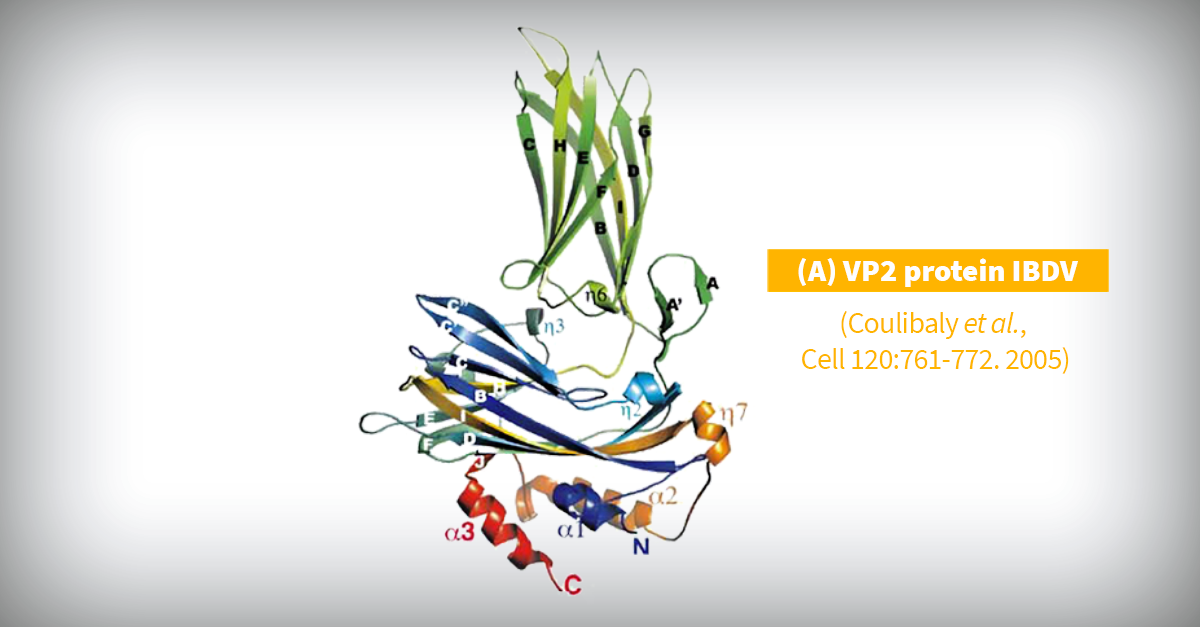 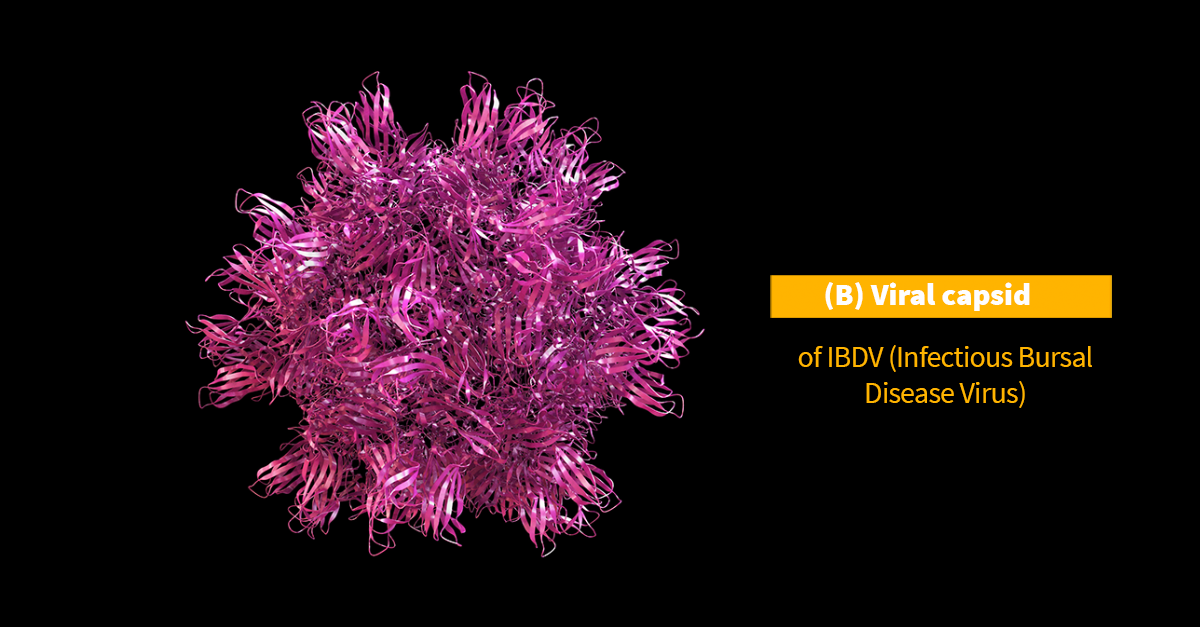 FIGURE 1: Three-dimensional image of VP2 protein (A) located on the surface of the viral capsid of the IBDVs (B). Three VP2 molecules come together to form a trimer that makes up the virion surface. The loop structures on each VP2 project outward on the capsid. These loops are responsible for attachment and entry into the host cell. Antibodies directed to them will block attachment and entry of the virus into the B-cell and thus protect the chick from disease.

Research focused on changes occurring in the IBDV will be needed to control these evolving viruses. In addition, improved management in the vaccination programme of this economically devastating disease is and will be of critical importance to the global poultry industry.

This website uses cookies to improve your experience while you navigate through the website. Out of these, the cookies that are categorized as necessary are stored on your browser as they are essential for the working of basic functionalities of the website. We also use third-party cookies that help us analyze and understand how you use this website. These cookies will be stored in your browser only with your consent. You also have the option to opt-out of these cookies. But opting out of some of these cookies may affect your browsing experience.
Necessary Always Enabled
Necessary cookies are absolutely essential for the website to function properly. This category only includes cookies that ensures basic functionalities and security features of the website. These cookies do not store any personal information.

Non-necessary
Any cookies that may not be particularly necessary for the website to function and is used specifically to collect user personal data via analytics, ads, other embedded contents are termed as non-necessary cookies. It is mandatory to procure user consent prior to running these cookies on your website.
SAVE & ACCEPT